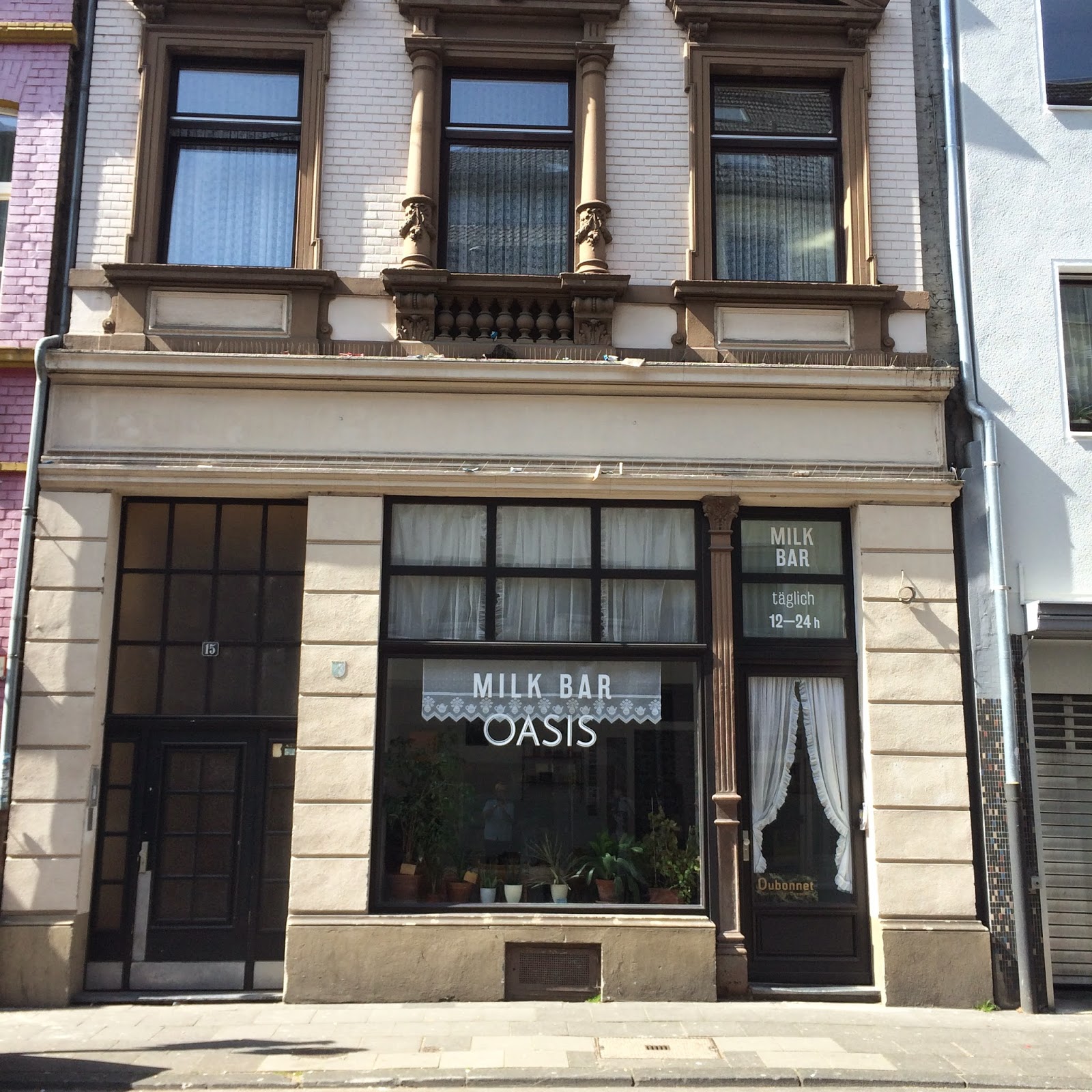 Milk Bar Oasis is a multimedia installation focusing on the collaborations between the Nazis and the Arabs. The milk bar, owned by a Lebanese businessman and a Swiss banker, served as a meeting point for secret agents in Lausanne in the late 30s at a time when the Nazis were coming into power. François Genoud was born in 1915 in Lausanne. In his teens he became an admirer of Adolf Hitler. He met the future “Führer” in person in 1932 as a teenager in a hotel while studying in Bonn and remained a staunch National-Socialist until his death in 1996. In 1936 this was combined with another life long commitment: to Arab nationalism, when he and a friend traveled to the middle east and met many leaders of the Palestinian national movement then exiled in Iraq, and in Jerusalem - most importantly the Mufti, Haj Amin al-Husseini, himself not only a leader of Palestinian nationalism but also a close ally of Nazi-Germany. Back in Switzerland, Genoud opened a milk bar named Oasis in his hometown in partnership with a Lebanese businessman, which was regularly frequented by Nazi agents. He was a financier of fascism, and supposedly a manager of the hidden Swiss treasures of the Third Reich. A shadowy figure throughout six decades of international intrigue, he masterminded an airplane hijacking, underwrote attacks on Israel and paid for the defense of Adolf Eichmann, Klaus Barbie and “Carlos the Jackal”, not ever being convicted for any of his involvements. An anti Jewish propagandist, he made a fortune publishing Nazi memoirs. On May 30 1996 the gray haired Swiss widower took a few close friends and relatives to a restaurant in his home town, then they accompanied him back to his house, where one of his lunch companions prepared him a lethal cocktail: a bitter white poison dissolved in water. Genoud took the drink into his hands. He had started planning for this moment a year earlier when he went with his daughters, Martine and Francoise, to become a member of the suicide-assistance organization Exit. Genoud put the glass to his lips and drank. “He had decided to leave this earth,” said Martine Genoud, “on a date that he chose himself.” He was 81. Martine was married to a commander in the PLO (Palestinian Liberation Organization) killed by the national intelligence agency of Israel Mossad in Beirut in the 80s. An urbane man with an air of influence and respectability, Genoud was no ordinary Swiss pensioner. He was an unrepentant Nazi who devoted his life to aiding Adolf Hitler’s surviving henchman and those he saw as Hitler’s natural anti-Jewish successors: "Arab terrorists". The installation proposed by SISKA will transform the gallery show room Matjö, also known as BBK in Cologne, into a milk bar set up, influenced by the esthetics of the German corner bars better known as "Kneipe". The artist is suggesting a daily menu of food and drinks influenced by the menu cards served in many milk bars in earlier eras and implying new opening hours for the space. On top of beer cases in the corner of the room a TV displays the footage of a video dating back to 2009 shot by the artist in his home town Beirut, where he is interviewing people from different generations, sitting under palm trees in the sun in a public park, telling us about Germany and specifically about their fascination in Hitler and Nazi Germany. On the floor lays a dead corpse which transforms the milk bar into a crime scene set up. 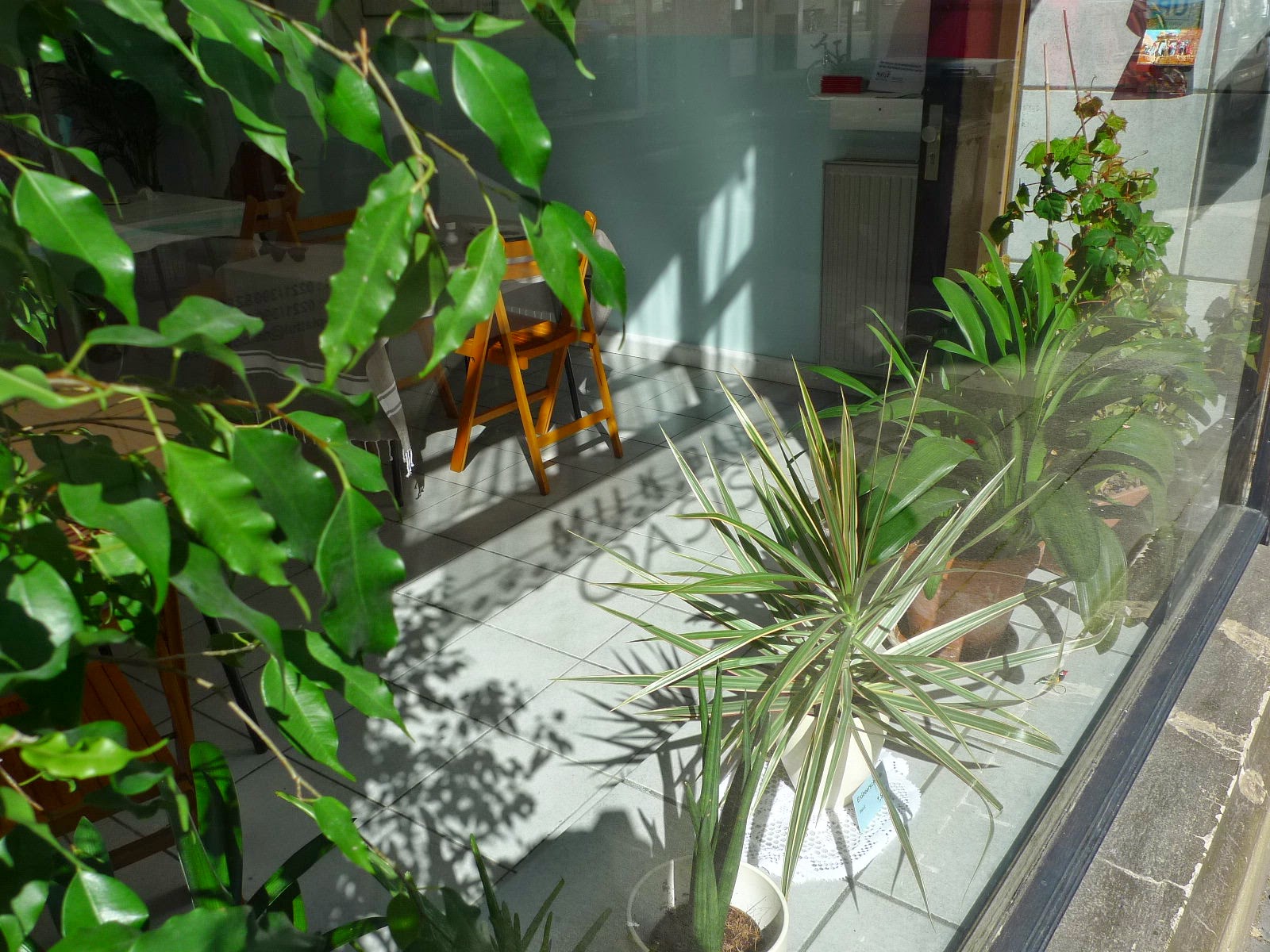 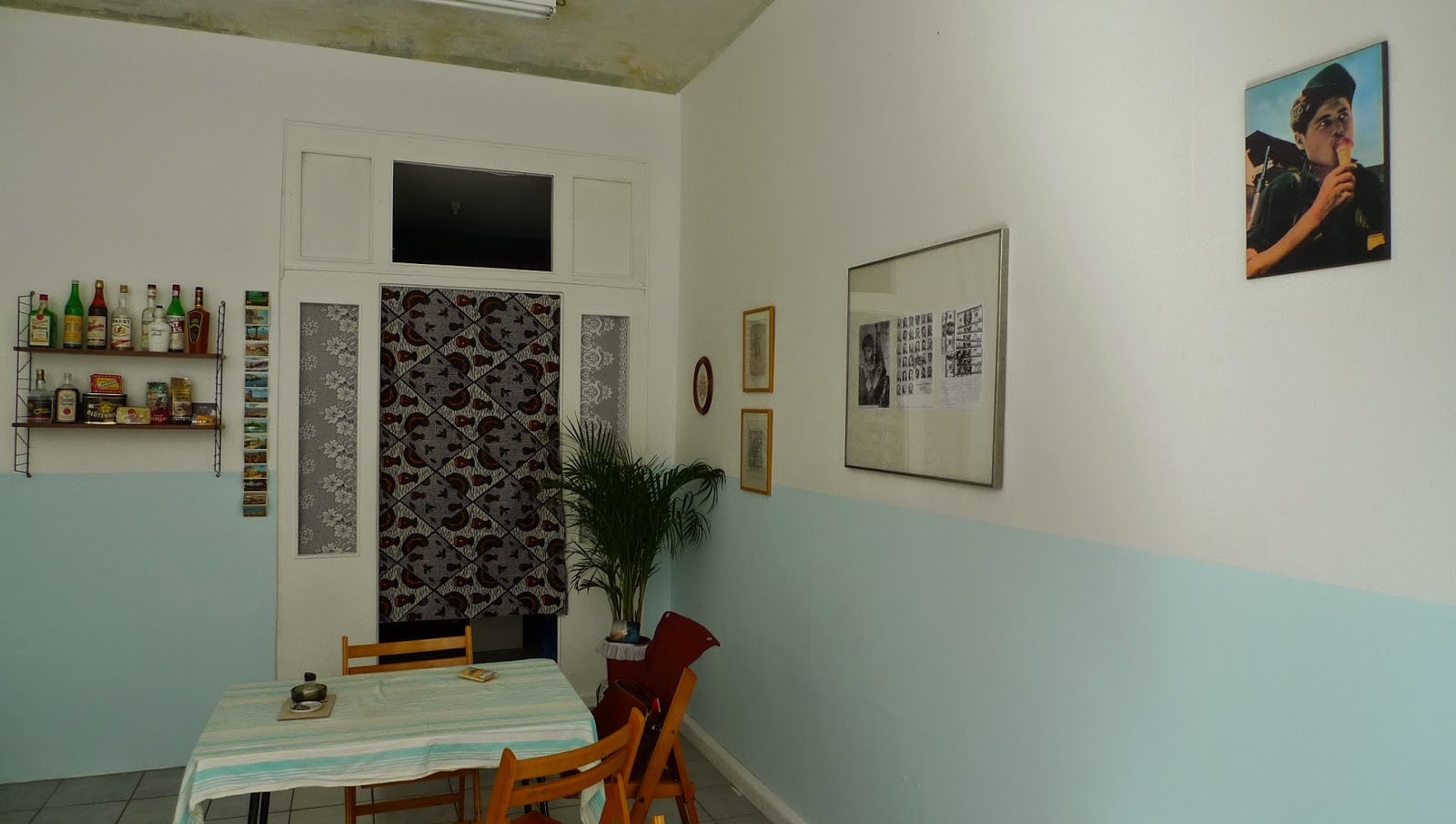 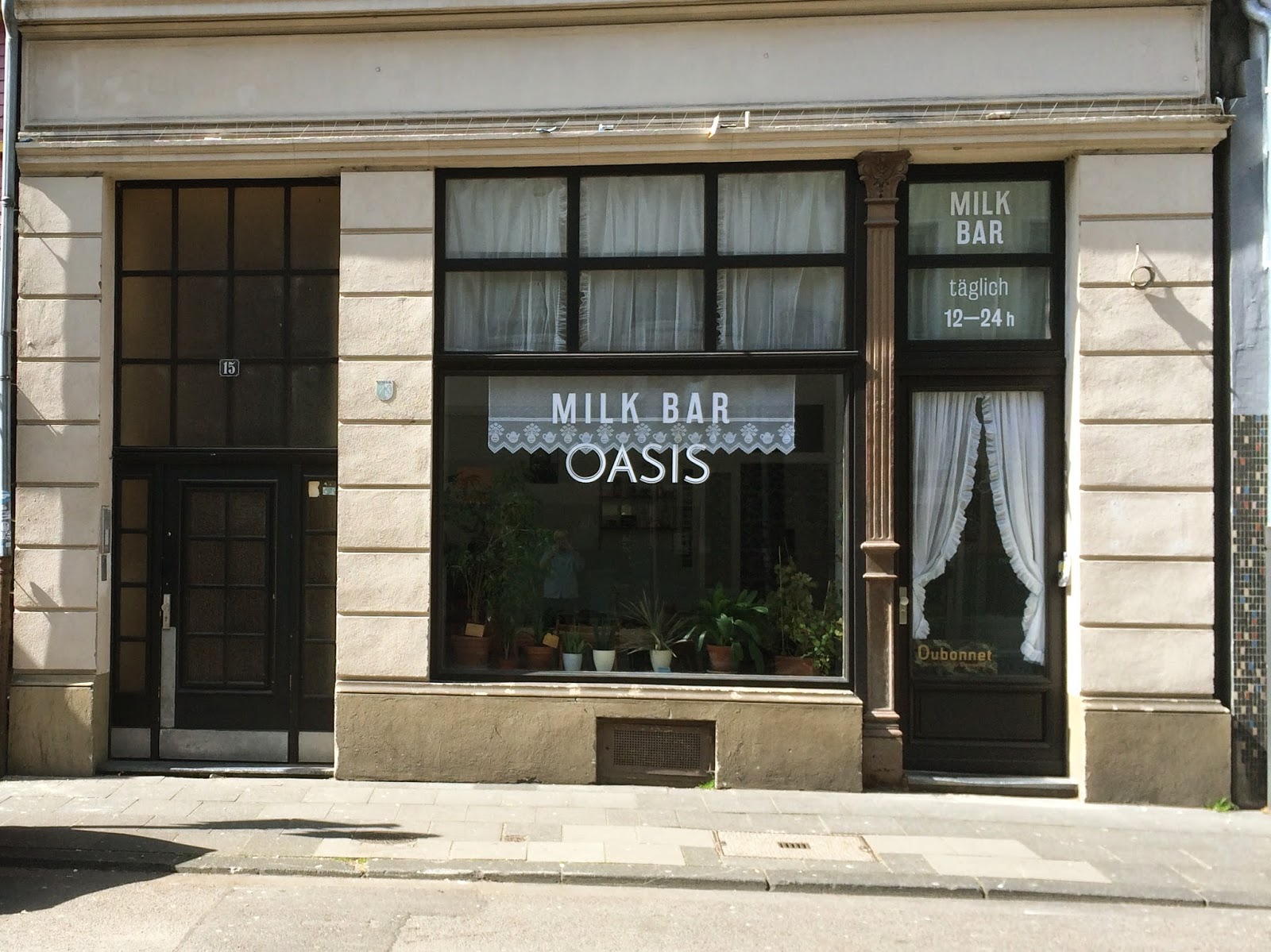 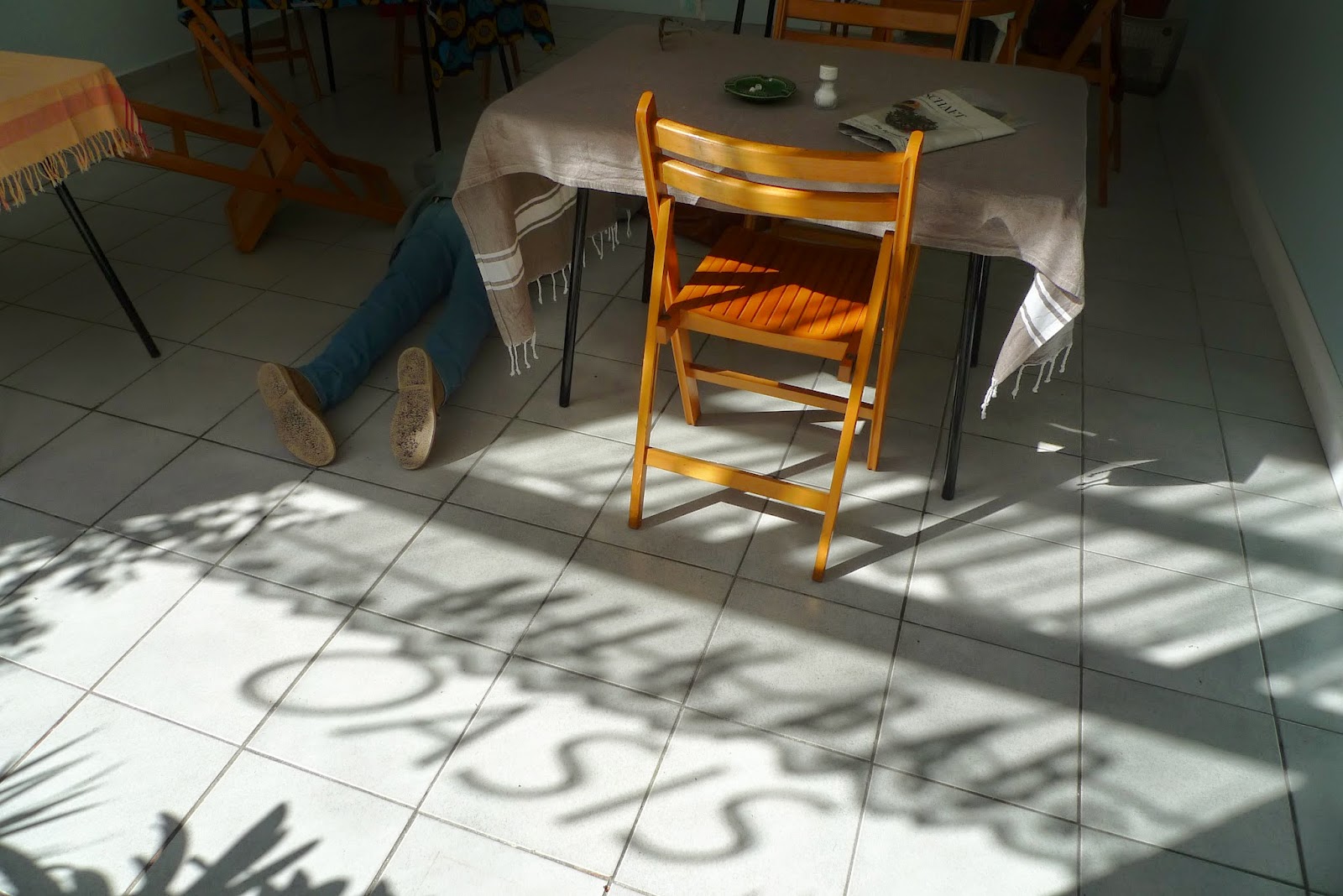 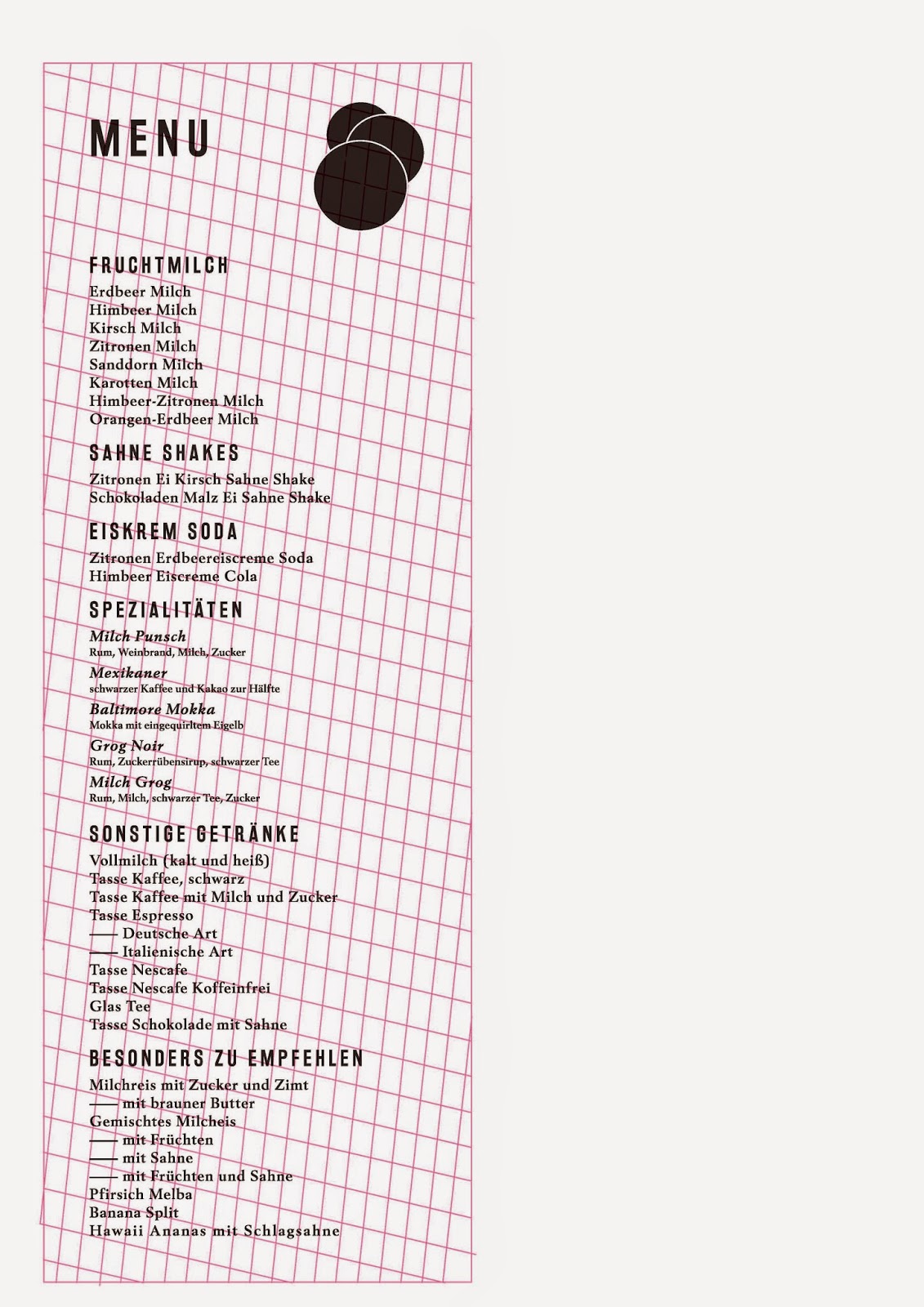 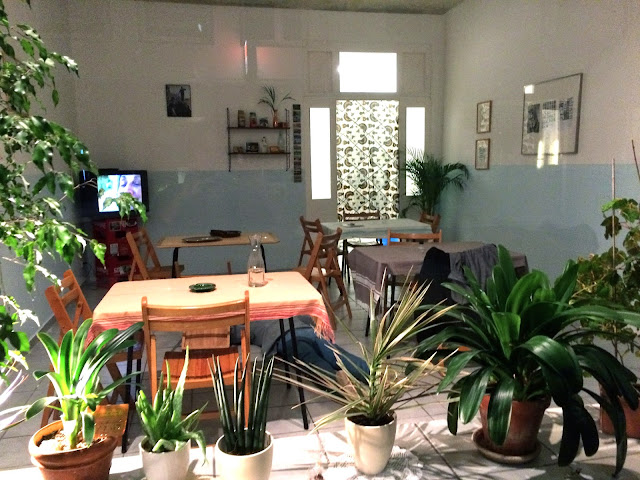