“Die Gespensterei 2” is a video installation based on 16 mm footage that was shot on and around the fair grounds “Messelager” in Cologne. The unedited images are investigating how places, built in a modern spirit architecture in pre-Nazi Germany and that later served as a stage for personal encounters, weekend strolls or official gatherings, were thus made part of different political realities that possibly shaped our present perception of them.
In 1914 the same location where the trade fair Koelnmesse is standing today, was hosting the Werkbund exhibition. The Glass Pavilion, built in 1914 and designed by Bruno Taut, was a prismatic glass dome structure at the Cologne Deutscher Werkbund Exhibition. The structure was a brightly colored landmark of the exhibition, and was constructed using concrete and glass. The concrete structure had inlaid colored glass plates on the facade that acted as mirrors. Taut described his little temple of beauty as "...reflections of light whose colors began at the base with a dark blue and rose up through moss green and golden yellow to culminate at the top in a luminous pale yellow." There were glass-treaded metal staircases inside that led to the upper projection room that showed a kaleidoscope of colors. Between the staircases was a seven-tiered cascading waterfall with underwater lighting, this created a sensation of descending to the lower level 'as if through sparkling water'. The interior had prisms producing colored rays from the outside sunlight. The floor-to-ceiling colored glass walls were mosaic. All this had the effect of a large crystal producing a large variety of colors. The frieze of the Glass Pavilion was written with aphoristic poems of glass done by the anarcho-socialist writer Paul Scheerbart. Scheerbart's ideas also inspired the ritualistic composition of the interior. For Scheerbart, bringing in the moon's and the stars' light brought in different positive feelings which led to a whole new culture. On the other hand The Koelnmesse was used during the 2nd World War by the Nazis as a ground for forced labors and deportation camp for Jews using the boat access to the Rhein and the train access to the Deutz train station.
The Film "Die Gespenterei 2" is based on both those histories mixing dates and facts. The film was shot on 16mm black and white stock then hand colored using the pastel colors that might have represented the glasspavillion, as if they melted with time into blood and darkness. The water of the Rhein was colored in Red and the walls of the Messe in dark Grey. The images are showing different angles of the Koelnmesse today and framed in a way not to be able to tell the date of when they were shot or taken. At one moment of the film the glasspavillion of Bruno Taut appears and disappears into the over exposure of the light. 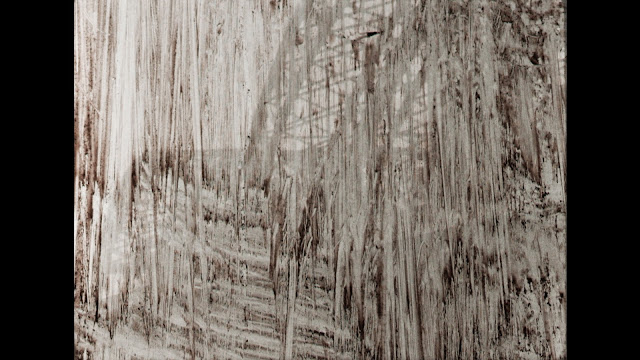 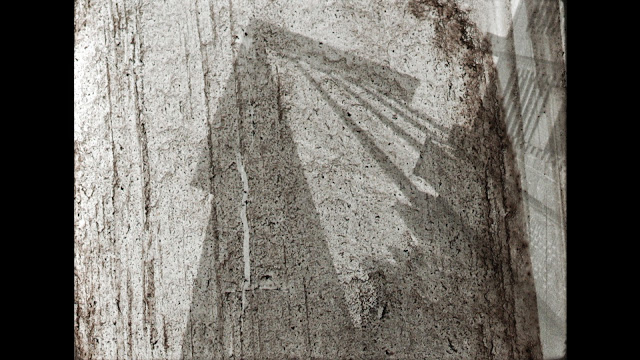 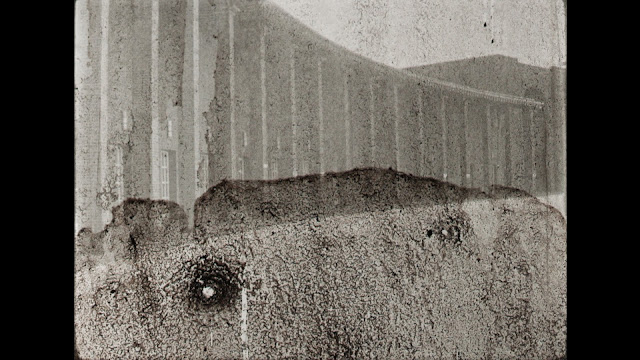