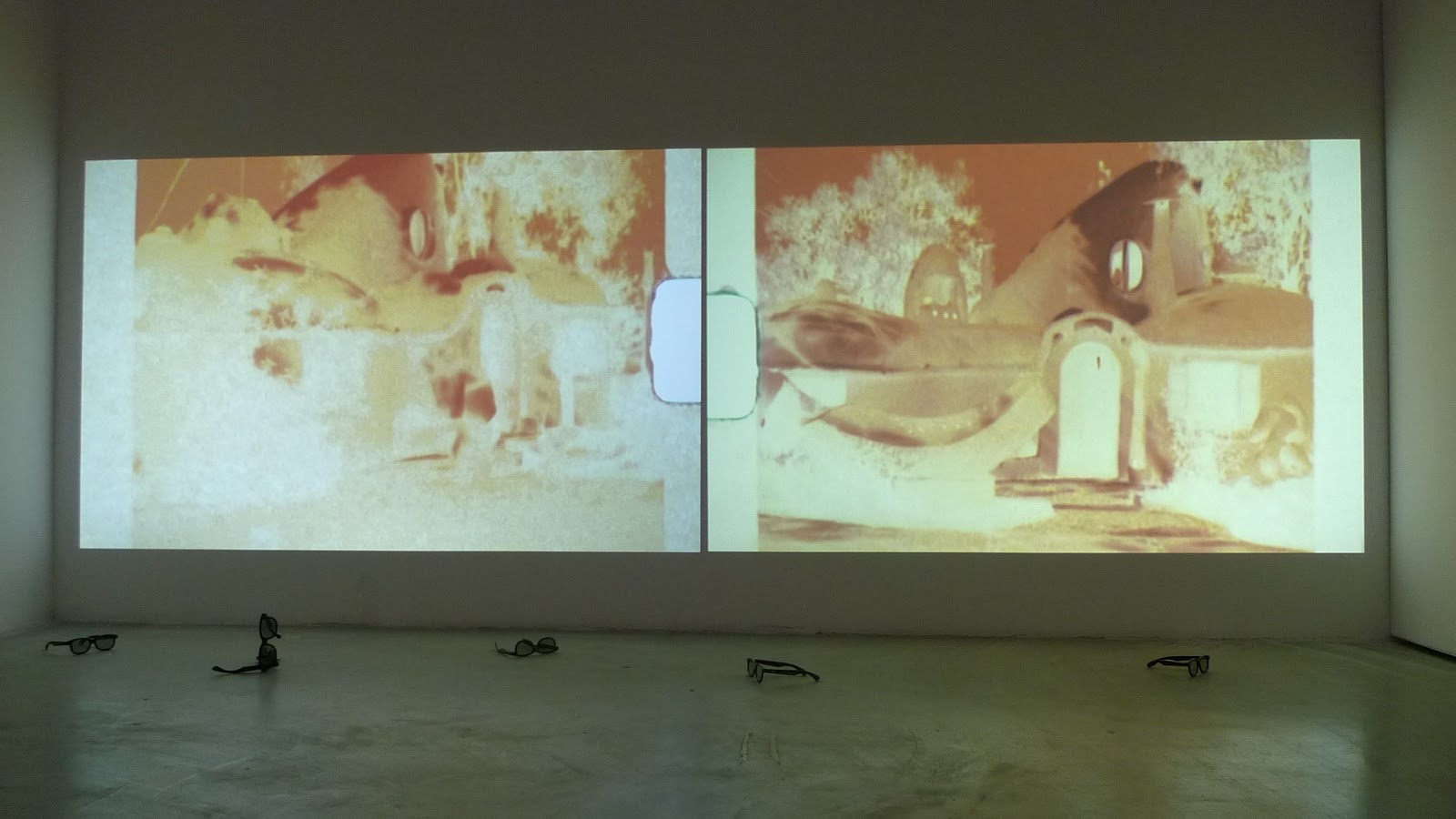 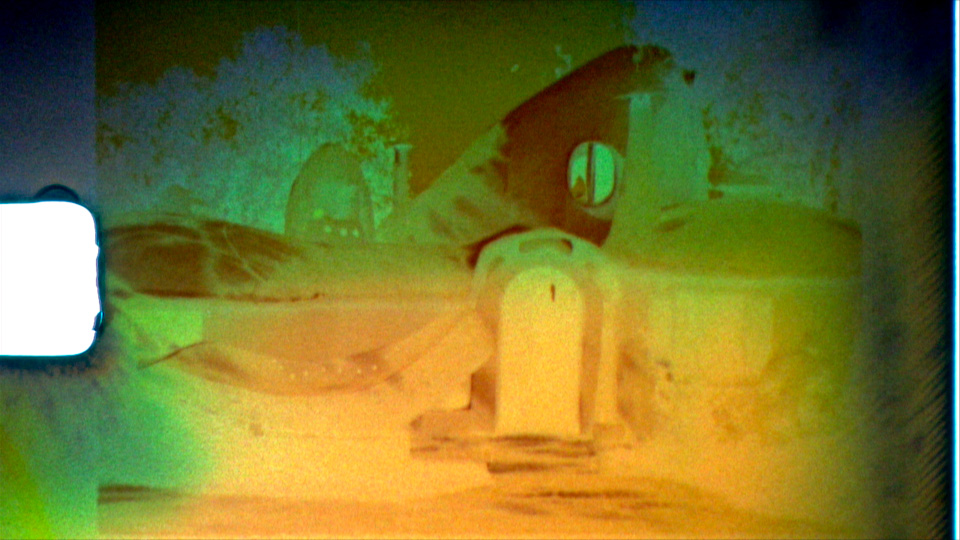 VISIT TO THE WHITE HOUSE 3D COLOR NEGATIVE FAILED TRIAL 1 is a failed three dimensional two channel video loop installation using an old photography technique and applying it to motion film. This work is a visit to the white house of the family Basbous standing in the north of Lebanon on a mountain hill called Rachana. Built in the late 60’s , with neither corners nor angles, the white house was meant to host the workshop of Michel Basbous that changed quickly into a private residential house. Today his wife Therese Aouad lives inside this white big sculpture . 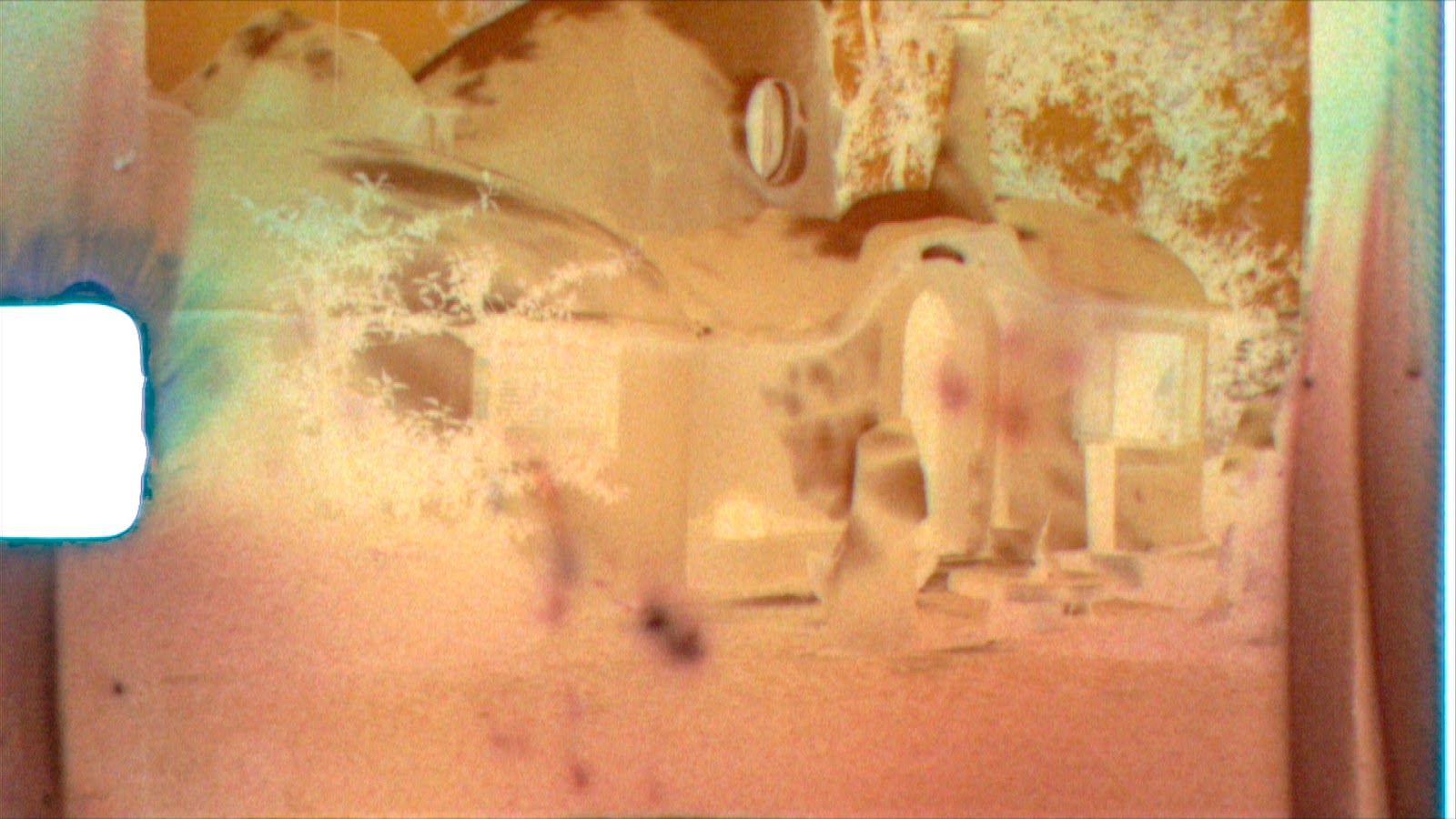 Michel Basbous was born in Rachana, Lebanon, in 1921. Between 1945 and 1949 he studied sculpture at L’Academie Libanaise des Beaux-Arts in Beirut. Between 1949 and 1951 he went to Paris to study at L’Ecole Superieure nationale des Beaux-Arts on a scholarhip offered by the Lebanese goverment. He went back to Paris to study under Zadkine between 1954 and 1955. In 1957 he became a Professor of sculpture at the American University of Beirut.  He came back to his native village Rachana in 1958 where he exhibited his sculptures in the open air, and made Rachana into an artistic and cultural center. He married Therese Aouad, a poet and author in 1967. They had their only child Anachar (“Rachana” spelled backwards) in 1969. Michel Basbous died in July 19, 1981.

The film is applying the so-called “stereoscope” technique which was used  in earlier times to create an illusion of a three dimensional image. By  combining two images shot at the same time by two identical cameras positioned at a 66mm distance from each other – the distance between the two lenses being equal to the distance between the eyes. When the two films are then projected with again the same separation of 66mm from one another the eye will combine the two images automatically (or with the help of glasses) creating the illusion of a three dimensional image.
The film was shot on color negative film which is one of the last analogue films produced today. Based on the assumption that production of analogue film material will further decline in the near future, only negative film will remain since it is still frequently used for archiving purposes. Instead of transferring the negative copy of the 'visit to the white house' into a positive film print, the film will be projected in its negative version as a preview to future methods of image production – in color negative and 3D?